Enjoy jam, compote and plum cake with our delicious suggestions

Top economist shows how unfairly wealth is distributed in Germany

Top or flop? Here’s how Lord of the Rings fans react to The Rings of Power finale

on the third day after the tragedy, all missing persons were identified – tsn.ua

BeInCrypto – JAN3 CEO Samson Mow says Argentina should offer the bonds and move to using them as legal currency.

Mow suggested that Argentina’s Bitcoin bonds could raise capital for other income-generating activities, the proceeds of which could be used to pay the bonds’ coupons and buy more Bitcoin.

Mow believes that too Bitcoin could be gradually incorporated into a national currency that would replace the peso. The peso is rapidly devaluing due to a tangle of policies that have failed to stabilize its value. He advises switching from pesos to dollars and then from dollars to Bitcoin.

He also believes that, like El Salvador, the Argentines can mine Bitcoin using relatively cheap natural gas and energy from untapped hydroelectric sources:

“Because Argentina has a lot of energy, they can just mine Bitcoin. That is, buy Bitcoin with electricity.

Up to now, Mow did not communicate with Argentina’s leaders about the possibility of Bitcoin bonds in the country, however, it played a vital role in the development of El Salvador’s Bitcoin bond issue.

El Salvador mines bitcoin using geothermal energy from the volcanic activity of the Conchagua volcano in the Gulf of Fonseca.

The launch of El Salvador’s program took a step in the right direction yesterday after a presidential spokesman announced a presidential bill submitted to lawmakers to create a legal framework for the bonds.

From 2021 In September, following the adoption of Bitcoin as legal tender, Salvadoran President Nayib Bukele faced criticism from the International Monetary Fund and ratings agency Moody’s. the country’s Bitcoin operations have increased their risk profile. The country also faced technical issues with the Chivo wallet.

READ
Bitcoin, the bubble will burst?

But despite the setbacks, Bitcoin payments have grown in popularity and are accepted in hotels, restaurants, pool halls and even street vendors. A smaller seller may have Bitcoin, while larger companies use it as a marketing strategy.

On the other hand, Argentines have traditionally viewed the US dollar as a safe long-term asset. However, this strategy was thwarted by the government. They limit dollar purchases to $200 and they charge high fees for dollar transactions.

Despite the volatility, Argentinians are now choosing Bitcoin over pesos and dollars. Based on 2022 August. According to a New York Times article, about a third of Argentines trade cryptocurrencies at least once a month. It is easier for them to deal with the short-term volatility of Bitcoin than the devaluation of the national currency.

BTC is not the problem, say Bitcoin believers

The recent collapse of cryptocurrency exchange FTX and the criminal charges brought against its former CEO Sam Bankman-Fried have put the spotlight on whether cryptocurrencies like Bitcoin are the problem or whether the collapse is simply a matter of irresponsible business practices.

Bitcoin maximalists like MicroStrategy CEO Michael Saylor were quick to distance Bitcoin from the FTX situation, arguing that Unlike most cryptocurrencies on exchanges, Bitcoin is a commodity, not a security.

Also, Saylor says you don’t need an emitter. It is also necessary that it is in the hands of someone other than the owner.

in 2022 November 17 In an interview with CNBC, Strike CEO Jack Mallers said the FTX saga was “nothing short of an absolutely disgusting and malicious crime.”

Previous Spice cake like grandma: so delicious, so easy, so Christmassy

War in Ukraine: Armed forces in Luhansk region arrest DNA fighter who fought against his son and shot Severodonetsk

The hottest winter drink of the year

Alexa, Siri and Co. – How does business with language assistants really work?

Soigu admitted which weapon the occupiers fear the most 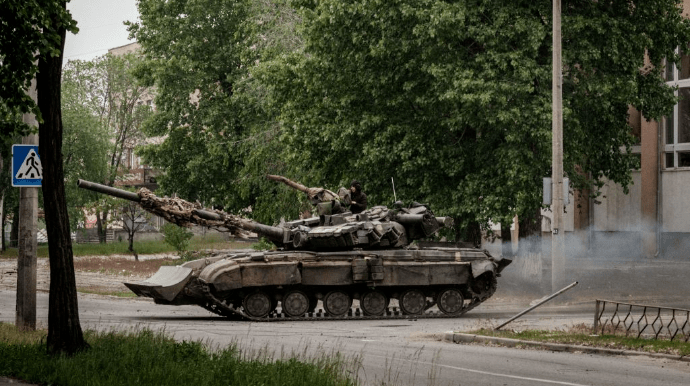