The coffin reaches its destination – Charles more emotional than ever, Meghan cries, anthem for Harry

Ether, close to bitcoin in the race for the cryptocurrency crown

Bill Gates says goodbye to Bitcoin: Why he thinks it’s the worst investment

Happy employees – how does it work? Metallbau Haslinger shows how it’s done

Gentrification around Kurfürstenstraße: “What kind of system is this?”

Wednesday (Jenna Ortega) goes to public school with her brother Pugsley (Isaac Ordonez). When he’s bullied again by his older classmates, Wednesday has had enough, and with increasingly intense visions, she sees who put him in the locker, so she gets her revenge. Her parents Morticia (Catherine Zeta-Jones) and Gomez (Luis Guzman) send her to her old school, Nevermore Academy, which is located near the small town of Jericho. Director Larissa Weems (Gwendoline Christie) was there at the same time as Addams’ parents and congratulates Wednesday, but she insists that she go to therapy as a condition of her old school misdeeds. It’s cold to say goodbye to parents and Wednesday is already planning an escape. She quickly discovers Cold Hands, who was left by her parents as a spy, but blackmails her into being on their side. Wednesday’s roommate is Enid (Emma Myers), who is her complete opposite. Wednesday wanders the school and discovers a fencing class where she challenges the most popular student, Bianca (Joy Sunday). But to her surprise, she has an advantage. At the hospital, where she is treating a cut, she meets Rowan (Calum Ross), who, like her, is more of an outsider. Later, as Wednesday leaves the building, a gargoyle falls and she is saved in time by Xavier (Percy Hynes White). The two have known each other since childhood because she saved him from the coffin.

Wednesday being driven into town from Weems Therapy to Dr. Kinbot (Ricky Lindhome) to start, but she refuses it. She excuses herself to the bathroom, from which she escapes. At a coffee shop, she meets Tyler (Hunter Doohan), who is repairing his coffee machine and wants him to take her to the nearest train station in exchange. But three guys from the town come to the cafe, including the mayor’s son Lucas (Iman Marson), who want to attack her as a freak, but she beats them to it. Tyler’s father, Sheriff Galpin (Jamie McShane), is added as he investigates a mysterious series of murders. When he hears Wednesday’s name, he doesn’t like her father, who he thinks should be in prison for murder. Eventually, Weems finds her and takes her away. Back at the academy, she finally gets to know Enid, who suffers from the fact that she can only extend her claws so far, but otherwise lacks a werewolf transformation. As the great pilgrimage festival approaches in Jericho, Wednesday wants to get away. Tyler brought her a case on his father’s case. As they prepare to leave in his car, Wednesday accidentally touches Rowan and sees that he is about to die. She rushes after him, but then realizes he wants her dead and uses telekinesis to nail her to a tree trunk. He shows her half of his mother’s drawing that says it will be the downfall of the academy. But before Wednesday can explain, a monster appears and kills Rowan.

READ
The Ollie & Moon Show: A repetition of the 70's, season 2 online and on TV

Wednesday is fascinated by the area and reports the body, but when she returns with the sheriff, they find nothing. The next day at the academy, Rowan shows up alive and kicking, prompting Weems Wednesday to call for another therapy session. But she doesn’t question whether anyone really died, nor whether she will bring about the downfall. After another unsuccessful session, she meets Tyler in front of the practice, who is also undergoing treatment with Kinbot. Back at the academy, Wednesday takes a closer look at Rowan’s drawing and sees a faint watermark. She asks Weems to speak to Rowan, but she tells him that he has been sent away and will be leaving soon. Instead, Wednesday is told to find an extracurricular activity that works for her, in part because she knows she has visions like her mother and it can distract her. Wednesday learns from Ice Hands that Rowan is leaving and tells him to follow him. However, at the station, the trail is lost, so the hand misses the information that Weems is a shapeshifter and pretended to be Rowan. Meanwhile, Wednesday is looking around the forest and after discovering the place where Rowan died, she has a vision of him arguing with Xavier. Wednesday returns to the academy and sneaks…

Previous ZEIT ONLINE | Read zeit.de with advertising or with a PUR subscription. You have a choice.

“Drug manufacturers like Ratiopharm are making less and less”

Investigators are still on site until Monday – what’s next? 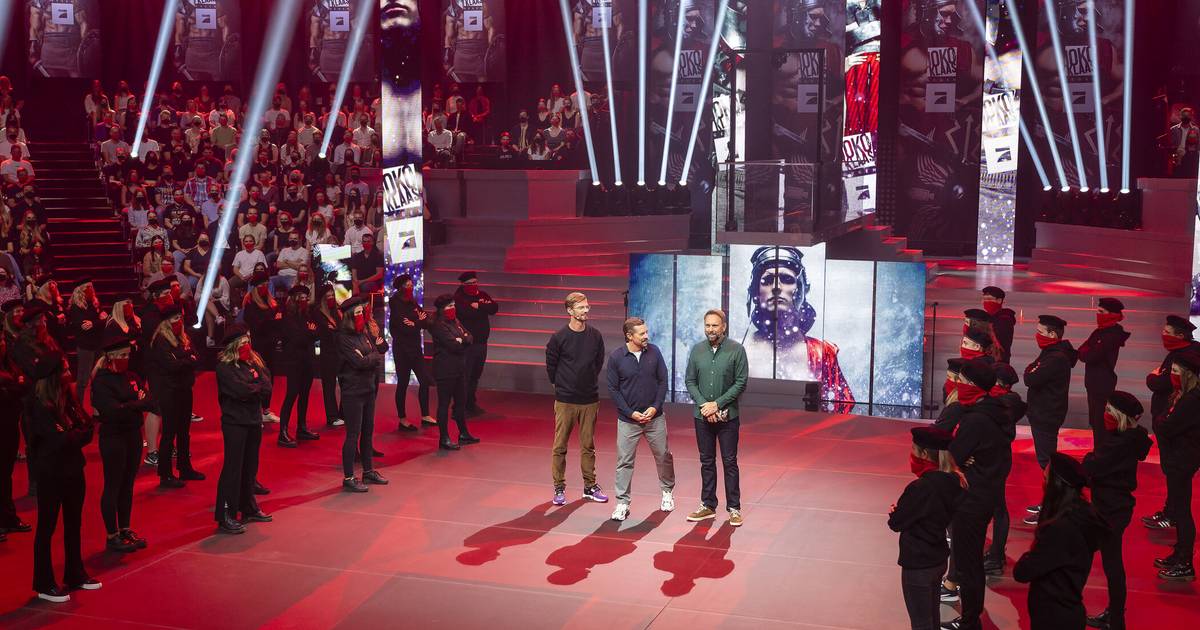