The Russians threw the traitor Sinegubov, the mayor of Kupjansk, into prison

Alan Tudyk is back as a strange alien! Continuation of the second season…

What is the acid-base diet and who is it suitable for?

Bitcoin momentum weakens after BTC is introduced to Coinbase PRO 📉

Before the low-carb boom took over the dieting world almost entirely, low-fat was the star of the diet community. But how useful is a low-fat diet?

As the name suggests, a low-fat diet is all about low-fat food. Instead of high-fat sausage and fries with mayo, tofu or fish and boiled potatoes with herb quark are on the diet plan. What variants of a low-fat diet are there? Does Low Fat Really Help You Lose Weight? What are the challenges? And what are the risks of a low-fat diet? FITBOOK provides answers.

Who invented the low-fat diet?

In contrast to many other diets and nutritional concepts, the low-fat diet has no inventor in the conventional sense and goes back to various authors. Variants such as the German “Pfundskur” by nutritional psychologist Volker Pudel, the US “Pritikin Diet” by Nathan Pritikin or the “Feel Good Diet” by Dr. Thomas Ellrott all rely on reduced fat consumption.

When people talk about low fat in Germany, they usually mean the principle of the “Low Fat 30” diet, which is marketed on a large scale. Numerous guidebooks, cookbooks and fat or calorie tables such as the “Low Fat 30 traffic light” or “Low Fat 30, lose weight and enjoy” go back to the two nutritionists Gabi Vallenthin and Gabi Schierz.

What do low-fat diets promise?

The main purpose of reducing fat intake is to make it easier to lose weight. Since fat has the highest energy content among the macronutrients, the low-fat concept promises that overweight people can eat more for the same amount of calories. This is intended to support the feeling of satiety at the same time.

READ
What diet does Heidi Klum do to stay slim?

But a low-fat diet can do more than just shed pounds, according to supporters: both people with cardiovascular disease and with Diabetes and hypertension (high blood pressure) should benefit from a reduced-fat eating plan.

In addition, a permanently more conscious handling of high-fat foods is promised. After a healthy, feel-good weight has been reached, a low-fat diet is also recommended as an ideal principle for maintaining weight permanently.

Impact of low fat on metabolism

In the context of a conventional diet with “normal” fat content, dietary fat serves as an important source of energy. At the same time, the carbohydrates consumed are preferably stored as fat tissue – under the influence of insulin release. If there is an excess of energy, the dietary fat is also created as storage fat.

If, on the other hand, the intake of fat is restricted in the sense of a low-fat diet, the carbohydrates must ensure the body’s energy requirements; they are therefore not stored as depot fat, or to a significantly lesser extent. Dietary protein consumed at the same time is converted into muscle protein, which increases the basal metabolic rate. The motto is: the higher the basal metabolic rate, the more calories are burned even while sleeping.

The basic principle of low-fat diets

The focus of low-fat diets is limited fat intake. That as opposed to low carb diets The fact that the fat content of the food is reduced in particular has the following background: while carbohydrates and protein provide comparatively little, only 4.1 kilocalories per gram, the same amount of fat with 9.3 kilocalories contains more than twice as much energy.

With low fat, the respective variant decides how much fat can be consumed per day. There is no single definition, but most low-fat diets usually have a fat intake of 30 to 60 grams of fat.

Attention: The recommended fat intake for a low-fat diet is often not expressed in grams, but as in the “Low Fat 30” variant in so-called energy percentages

With the “Low Fat 30” diet, up to 30 percent of the calories (energy percent) can come from fat. This information is initially less tangible, but quite understandable: The concept of energy percentages can be illustrated if you look at the recommendations for fat intake of the DGE (German Society for Nutrition):

The DGE recommends a fat intake of 30 percent energy. This means that if you have an average calorie requirement of 2000…

Previous Golem.de: IT news for professionals

Next Twitter: How Jeff Bezos Now Tries to Mimic Elon Musk - and Fails

US Federal Reserve Raises Interest Rates – How Will the S&P 500 React? | knowledge

Bakanova and Venediktov are not discussed yet, there will be inspections

News from the Dnipropetrovsk region – the occupiers shelled Nikopol on the night of July 18 – tsn.ua 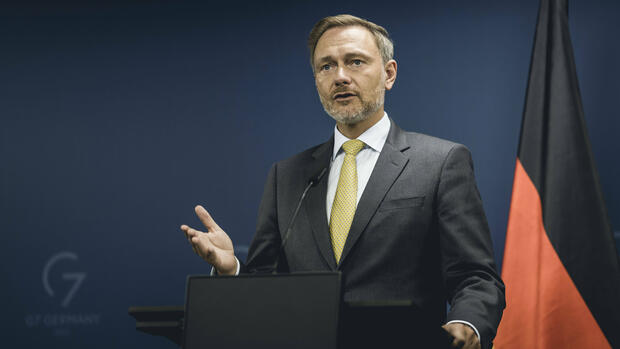 The federal government is lending twice as much as planned