What’s next in January?

7 vs. Wild: Knossi Season 2 – Streamer has officially announced his participation

How socks with a face become the face of globalization

As a banana sprayer, Thomas Baumgärtel would like to beautify Königswinter

Did you miss “Wild Republic” on Thursday at Arte ?: 7 series, 1 season replay online and on TV

who is here The photo is causing excitement throughout Frankfurt

Bochum: The driver is provoking the race – he can’t imagine what’s next

A woman did not want to have her daughter’s epilepsy treated with medication. Instead, she opted for a diet that mainly consists of meat, eggs and dairy products. Now she has been sentenced to imprisonment.

The Lucerne Criminal Court has convicted a 49-year-old woman of kidnapping and possible intentional serious bodily harm. In 2015, the woman’s then 12-year-old daughter had a seizure: one autumn morning she was lying on the bathroom floor. She was bleeding from the mouth and had convulsions, especially of the head. A form of epilepsy was diagnosed in the Lucerne Children’s Hospital.

Spital reported the case to Kesb

The mother refused treatment with medication and wanted to treat the daughter with a ketogenic diet (see box). In January 2016, the daughter was taken to the hospital twice again because of seizures. The diet showed no effect on seizure control, the health professionals said. A little later, the cantonal hospital in Lucerne made a report to the child and adult protection authority (Kesb) because the mother had “refused the previously agreed emergency medication” in the event of another seizure, according to the verdict. The daughter received a deputyship, and the mother was temporarily deprived of the right to determine her daughter’s place of residence.

Later, for several months, the mother told the deputy and a doctor treating her that the daughter was doing well. In the summer of 2017 she traveled to a relative in the USA. This noticed epileptic seizures in the daughter. The mother refused treatment and her relative reported this to the local child protection agency. Then the mother went into hiding with her daughter and later traveled to Great Britain. The Kesb noticed this and the responsible child protection authority in England was informed. The daughter finally came to a hospital and was treated. Towards the end of 2018, she was diagnosed in Switzerland with a “below-average overall cognitive performance level with neuropsychological dysfunctions” caused by the untreated epilepsy.

With the trip abroad, the mother tore her daughter out of her environment “to remove her from the influence and control of the authorities and doctors involved,” according to the verdict. According to the court, the mother accepted that the daughter’s health was “significantly endangered”. She also did not give any antiepileptic drugs when her daughter’s condition deteriorated massively, according to the court. To this day, the daughter suffers from “severe cognitive deficits, some of which are of an irreparable nature,” according to the verdict. According to a medical report, it must be assumed that the daughter “in all likelihood would not have suffered this damage, or at least not to the extent that it is present” if she had received the medication recommended by the doctor.

The woman is sentenced to a conditional term of imprisonment of two years. In addition, she must pay the daughter compensation and bear the costs of the proceedings. The verdict is not yet final, an appeal has been filed.

On a ketogenic diet, metabolism mimics a state of fasting. A positive effect of fasting on epilepsy has been known since ancient times. For the diet, the proportion of carbohydrates in the diet is reduced and the proportion of fat increased. The body then gets most of its energy from fat. “Especially in children, ketogenic diets have a proven effectiveness in epilepsy that cannot be successfully treated with medication alone; in exceptional cases, their sole use is sufficient,” writes the Swiss Epilepsy League.

Do you have problems with your parents or children?

Next Nutrition: how practical and sensible is intuitive eating? A self-experiment

Route issues: Ironman 70.3 Dresden will not take place as planned

Why Controversial Armor Appears on Netflix and How to Disable It

an expert explained what exactly could have caused the shocks – TSN Exclusive – tsn.ua 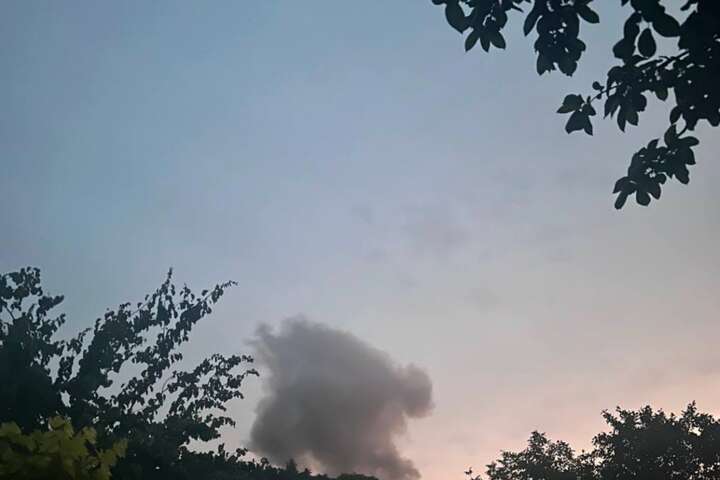 Explosions have been heard in several Ukrainian cities