In Odesa, a rocket hit a recreation center – the Ukrainian truth

How safe are new Chinese cars?

Who is Goldi? Evidence, guesswork and advice

Innovation: How quantum computers can change the economy from Munich

Airsoft guns: which are legal and which are illegal

“Der Bergdoktor”: new episodes of season 16 will begin this year

Leonberger Günther weighs 92 kilograms – at least 20 kilos too much.

Dog professional Martin Rütter presents the exciting life of XXL dogs and their people in his latest documentary series. In the opening episode, he meets Leonberger Günther, who weighs far too much: 92 kilos. But his worried mistress has a hard time with the dog’s diet.

Yorkshire terriers, deer pinschers or dachshund friends have to be brave now, because: In his new documentary series, dog professional Martin Rütter looks exclusively at the everyday life of large-format dogs: “We don’t see any handbag dogs here, but big adventures,” says the dog professional at the start of “The Big Dogs” on Sunday afternoon (September 11, 2022) on RTL.

For the Rademacher family from Bavaria, everything revolves around dog Günther. With a shoulder height of 82 centimetres, the Leonberger is also difficult to overlook. But the dog has another huge problem: “It’s easily 20 kilos too much on it,” the dog professional recognizes at first glance.

Martin Rütter: Diet is supposed to help the giant dog – the result leaves him stunned

Mistress Birgit simply spoils her darling too much. A steak here, an extra piece of turkey there and a stick of chew twice a day – the result: Günther weighs a total of 92 kilos at the age of five. “Gosh! It’s lying there like a beached sea whale,” Martin Rütter comments on the off-screen images.

However, the situation is not funny at all: “If he doesn’t lose weight, he will die much earlier,” the dog professional points out. Another alarm signal: the Leonberger has diarrhea regularly. Martin Rütter: “I would have that checked!” Birgit Rademacher realizes that she urgently needs to change something. She definitely doesn’t want to lose her dog early.

READ
South Beach Diet: How Does It Work and Is It Healthy?

Tragic: Günther’s predecessor was run over by a train. Maybe that’s why Birgit wants to prepare heaven on earth for Leonberger? But the plan is in place: in consultation with her veterinarian, Günther is put on a diet. No more extras and only cucumber instead of meaty treats. So that he doesn’t rust, Mum drives him to the dog park to play in a car that has been converted to suit Günther.

The hope after six weeks is correspondingly high: does Günther now weigh significantly less than 90 kilos? But the weight check is sobering: the Leonberger only lost 400 grams. Is it maybe because mistress mixes raw eggs with the feed again? “That’s nothing for a six-week diet,” Martin Rütter is negatively surprised.

Mum, on the other hand, is euphoric: “We’re on the right track, he’s lost weight!” she says happily. The dog professional comments on the scene much more skeptically: “You really can’t talk yourself into it now. 400 grams, that’s a heap he makes,” he says. How will Günther’s fight against obesity continue?

READ
Lose weight without a diet: six tips on how to lose weight quickly

Martin Rütter clears up the prejudice about Saint Bernards

The Schiffers family has a completely different problem with their St. Bernard boatswain. The one and a half year old male is a cuddly bear inside, but outside he becomes a fury as soon as he meets other dogs.

Mum Sabine can no longer hold the 65-kilo dog, and master Christian has to use all his strength. In addition, daughter Lilly (1.5 years) often has other plans when she goes for a walk.

Martin Rütter believes that the dog could be territorially motivated, therefore not tolerating other dogs in “his” area. “People always think St. Bernards just lie around all day like that from…

Next The Hola project: how efficient e-truck charging is progressing

News: Disney+ with trailer and premiere date for The Secret Society of Benedict Season 2

Viviane Geppert is married, but who is her husband?

BeInCrypto’s Bitcoin accelerator is focused on the Lightning Network. 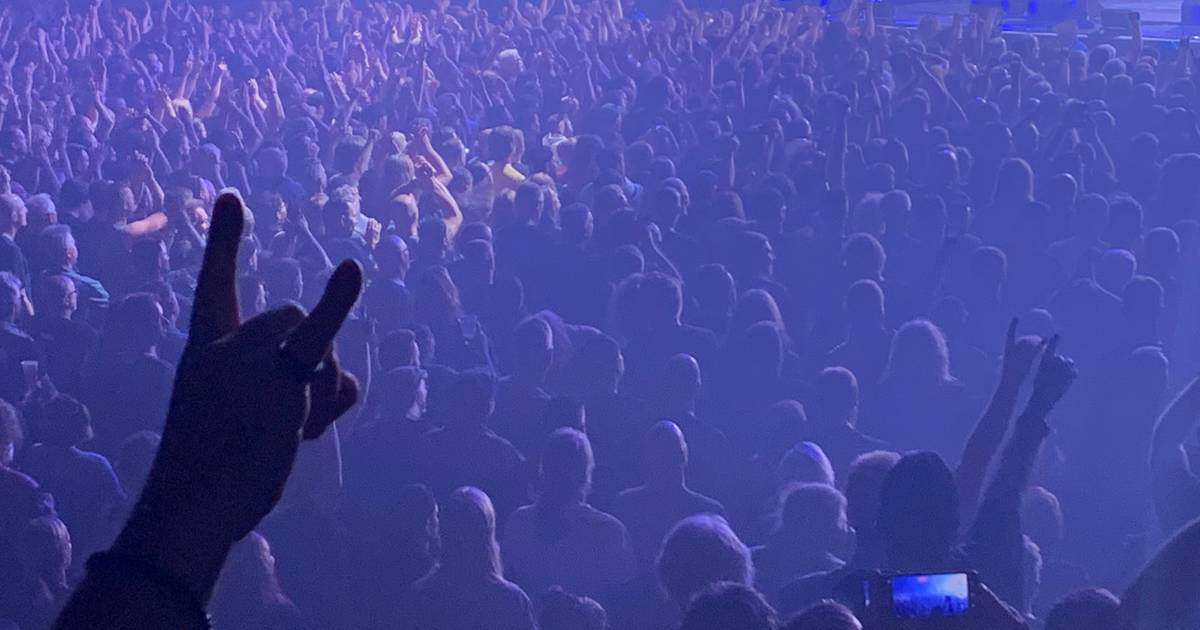 How Judas Priest celebrates 50 years of heavy metal in Oberhausen