Joko & Klaas vs ProSieben on TV, live stream and replay

Is your cooperation strategy good?

The stomach has to go, because if fat accumulates there, it is particularly dangerous. How does this work without a diet? A testimonial from our author.

Corona made us fatter

It is clear that the past few months have not been good for any of us. Most of us have been sitting far too much and moving too little. The lack of physical activity has left its mark. On average, Germans have gained 5.6 kilos since the beginning of the pandemic. The 30 to 40 age group is particularly affected. Did you feel the same way?

I definitely know it from myself. Even before Corona, I noticed that the center of my body had lost a lot of tension. No wonder: I’m a runner. I used to play basketball and tennis. Sit-ups have always been an abomination to me. But my stomach was also a small miracle. A child grew in it, but since then it has lost considerable tension. A few years have passed since then and I just ignored my core.

Too much fat on the stomach makes us sick

But that has rarely solved a problem. Mine grew a little more every year. I wasn’t overweight, but my stomach was getting fatter millimeter by millimeter. Too much sugar, too many junk carbs, and too many processed foods all left their mark on me.

I am far from alone with this problem. According to a study, women in Germany have an average waist circumference of 90 centimeters, men are around 100 centimeters. From a value of 80 centimeters, women are assumed to have a significantly increased risk of cardiovascular diseases. For men, the limit is 94 centimeters. Whoever has more increases the risk of cardiovascular diseases, strokes and Diabetes Typ 2 dramatically. The treacherous thing: if you only look at the so-called body mass index (BMI), you often don’t even notice how much unhealthy fat you’ve been carrying on your stomach for a long time.

Reading Tip: Belly fat: That’s how dangerous the fat in the middle of the body is

Belly fat is our emergency reserve for starvation years

Because it’s about where the fat is on the stomach. Especially the inner abdominal fat is extremely dangerous. It actually fulfills an important task by nature. It is a kind of emergency reserve for periods of food shortage. Because, unlike fat on the hips and thighs, it can be easily converted into sugar and thus energy for the body. However, today we hardly know any phases without eating. Food is piling up at home. It’s the sheer abundance – and that’s not good for us at all. We are feeding our bodies food all the time, 24/7.

Men are more prone to belly fat than women

The result: Our body stores excess energy primarily in the abdomen. At first almost invisible inside, around the organs. And then at some point on the outside, in the form of a protruding belly. Men are more prone to visceral fat, while women tend to have fat on their hips and buttocks. There it serves as an iron reserve for pregnancies. But with age, women also store more and more fat on their stomachs.

It is not always easy to see how much fat you have stored on your stomach. But you can get a good guideline with a simple measuring tape. The measurement must be taken halfway between the costal arch and the hips. Men in particular carry too much belly fat around with them in Germany. This is probably due to the male sex hormone testosterone.

Alexandra Kraft tells: That’s how I got rid of my tummy! 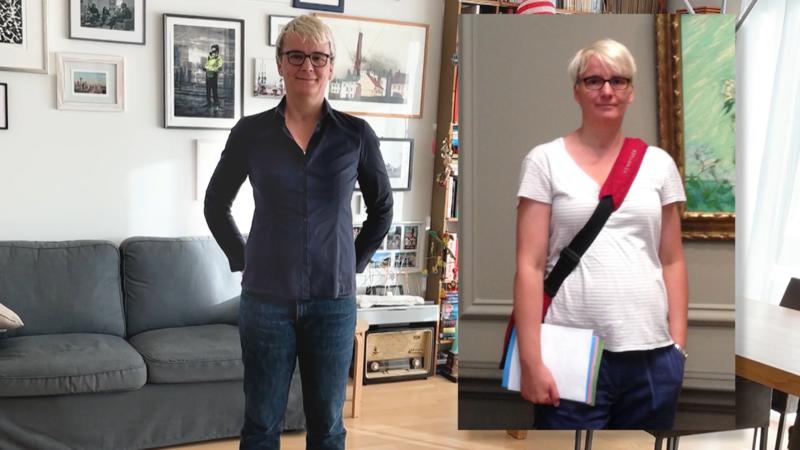 “A carrot is good for us”

When I noticed that my belly was growing and my first blood values ​​weren’t quite as good as in previous years, I pulled the emergency brake. In the meantime, I’ve lost seven centimeters from my waist – within just under a year.

How did I do it? Because I wasn’t on a diet. Because counting calories does more harm than good. Our organism is very clever. If you give him food, he drives it metabolism down. Of course you pick it up. But if you start eating normally again afterwards, the old weight is back quickly. And usually even a few kilos more. Because the body tries to make provisions for times of need – and as such it understands a diet. That’s why it stores even more fat than it already does.

To avoid that notorious yo-yo effect, I watched what I was eating. Because not all calories are created equal. Every food we…

Next How coffee is made affects cholesterol levels

Questions and answers: where and how tomorrow will be warned