How long do wasps live? FOCUS.de

How long does a cold last? duration and phases

Attack in Ukraine: “This could be a turning point”

Polish "Crabs" ready for battle: Reznikov reported on the weapons received – the Truth of Ukraine

Don’t pay the gas surcharge? What activists are planning in Germany – and what experts are saying now

After a long struggle, the way is clear: Hartz IV at the turn of the year will be replaced by a citizen’s income. In the last case The Federal Council said yes.. used to have The Bundestag approved the bill.

The conversion of the social allowance is considered one of the prestigious projects of the traffic light coalition, which was already announced in the coalition agreement. For weeks, the original plans for the traffic lights have been blocked by countries where the Union rules or participates in government.

That’s why it was The Bundestag and the Bundesrat established a mediation committeereach an acceptable compromise. This is now achieved, albeit with some Discounts on sanctions and safeguards, which the Union was able to push through. Nevertheless, Hartz IV and the citizen’s income differ in some important respects. Here’s an overview.

Citizens’ incomes lead to greater public benefits for basic security for those in need. In principle, the calculations of Hartz IV and the standard rates of the citizen’s income do not differ. However, in the case of citizens’ incomes, an inflation adjustment is also applied, due to which from 2023 January 1 the standard rate for single people will increase from the current €449 to €502, an increase of almost €50 per month.

As in the Hartz IV system, different groups of people receive different amounts of money. So far, adult partners have received 404 euros, with the citizen’s allowance – 451 euros. For example, for children aged 6 to 13, the standard rates increase from 311 euros to 348 euros. The size of standard rates has been criticized since the introduction of the Hartz IV system.

While social organizations have criticized them as too low, others see higher standard rates as problematic. They would reduce incentives to go to work. Important for nearly five million benefit recipients: Anyone who was previously entitled to Basic Security does not have to reapply for Citizen’s Allowance.

sanctions and reduction of benefits

From the first day, sanctions are also possible for the income of citizens. Federal Labor Minister Hubertus Heil (SPD) actually called for a six-month “confidence period” during which victims would have been threatened with only limited reductions in unemployment benefits.

However, under pressure from the Union, this “time of trust” was cancelled. As in the case of Hartz IV, sanctions are possible if, for example, the unemployed person does not get a job or regularly misses meetings. How much the benefits are reduced depends on how often the duty has already been breached.

Previously, Hartz IV reduced wages by 60 percent for a second breach of duty. Back in 2019, the Karlsruhe Constitutional Court decided that it is only allowed to reduce productivity by up to 30 percent. It will be the same with the income of citizens: for the first violation of the duty, benefits can be reduced by ten percent.

If there is one more breach of duty within a year – 20 percent, and in the next step – 30 percent. However, the so-called sanctions moratorium will be in effect until 2023. middle During this transitional period, benefits can only be reduced by a maximum of 10 percent.

The waiting period is the time during which the property is untouched and the costs of the apartment are taken over without additional examination. She had been running a traffic light for two years. It is now only one year and, as with the Hartz IV, attention must be paid to the adequacy of heating costs.

The Union also collected the required amount of protective equipment. According to the compromise, 40,000 euros of own property is allocated to benefit recipients (15,000 euros for each additional person in the household), 60,000 euros was planned for the traffic light.

Compared to Hartz IV, basic income increases protective assets even outside the waiting period. The hitherto untouched amount depended on age. The basic benefit was 150 euros per year of life, the upper limits (maximum 10,050 euros for adults) were assessed according to the year of birth. Citizens’ benefit introduces an age-independent amount of 15,000 euros.

Previous Pope Francis to Ukrainians: the world has discovered brave and strong people - the Ukrainian truth

New episodes starting next week on ZDF – what’s next?

The Russians launched six missiles from the Caspian Sea to Ukraine: four were intercepted by the air defense forces – UNIAN

Grain blockade – UN hopes for a deal, but both sides are skeptical 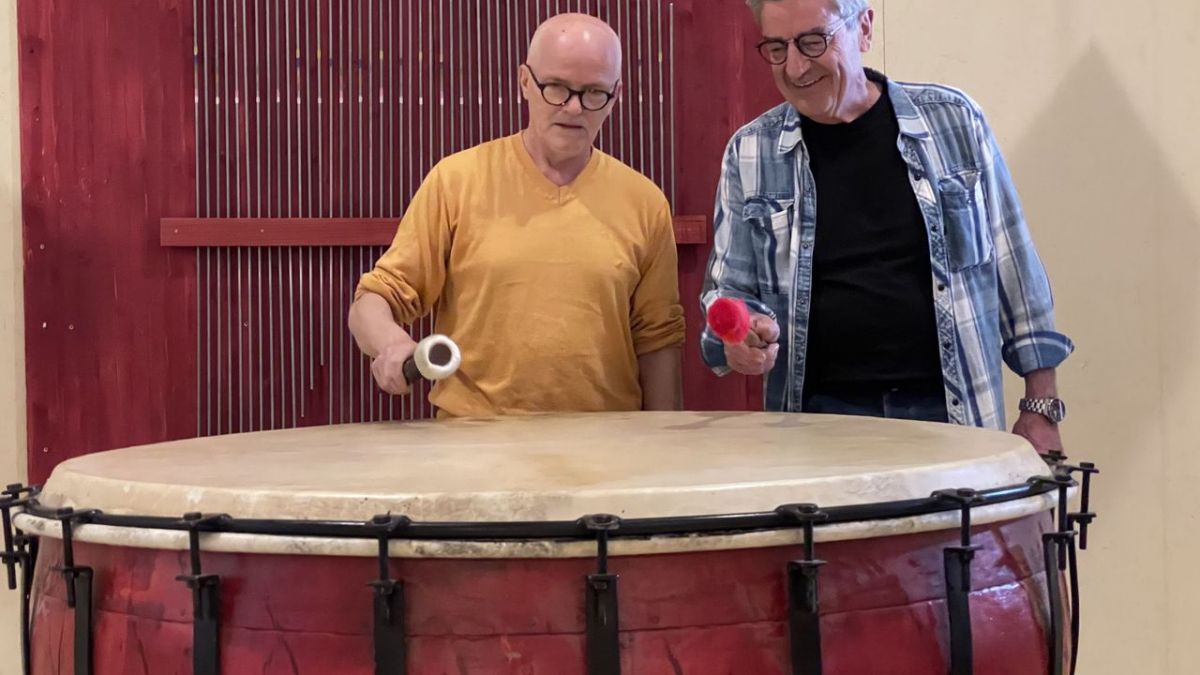 “Gernstl on the way to the Matterhorn” 3 s. on Stream and TV: Travelogue Series 1