Startup podcast in the early days of the Rheinische Post

Delicious and quick recipe for apple pie with only four ingredients

ground forces explained the forced service of the summons – tsn.ua

Blizzard is giving away Shadowlands, but you have to be quick

During the day, the Russians shelled 14 settlements in the Sumy and Kharkiv regions

Heat wave – up to 45 degrees? What is the realistic temperature

Brazilian President Jair Bolsonaro is already questioning the electoral system and wants to actively involve the military in the electoral process. Whether the soldiers really support him is unclear.

Brazil – “We go to war if we have to,” says Brazil’s president Jair Bolsonaro in a speech a few months ago. The tone of the Brazilian president’s election campaign is aggressive. He mentions again and again that he would not countenance defeat in the election.

Presidential elections in Brazil will be held on October 2. If none of the candidates wins more than 50 percent of the majority, a second round of elections will be held on October 30. Favorites include the current right-wing extremist president Jair Bolsonaro and the Social Democrat Luiz Inácio “Lula” da Silva from the Labor Party. Both candidates are polarizing. To Lula leads the polls. And Bolsonaro is doing everything to discredit his rival.

The election and its outcome will not only determine the future of Brazil. They are also a stress test of the stability of the world’s fourth largest democracy. There is a danger that Bolsonaro will not leave office in peace. He expects powerful supporters, including the army.

At the moment, the president is already busy Sow doubts about the reliability of elections and vote counting. Bolsonaro has repeatedly claimed that the electronic voting system is insecure, prone to errors and electoral fraud. Electronic ballot boxes have been used in Brazil since 1996. In general, nothing indicates their unreliability. On the contrary, after conducting various surveys this year, it was concluded that the electoral system is safe and there were no violations during the previous elections.

But Bolsonaro’s seed has long since germinated among the population. Research shows that in Brazil, the number of people who do not trust the electronic voting system has increased in recent months. “With these statements, the president is delegitimizing our electoral system and our democracy,” said Carolina Botelho, Dem. Munich Merkur by IPPEN.MEDIA. She is a political scientist and a researcher on elections and public opinion at the Federal University of Rio de Janeiro. For several months, Bolsonaro’s takeover of the electoral system was also supported by powerful military figures. According to Botelho, the president’s statements are an inappropriate military intervention in politics.

Bolsonaro’s military past: possible involvement in the electoral process

Bolsonaro himself has a military background. Before entering politics, he was a paratrooper captain. There is no doubt that, among other things, sympathy in the military helped him win in 2018. During his years in office, Jair Bolsonaro did not tire of emphasizing this connection and involving the responsible persons. “Many members of the military now have civilian positions in the government,” explains Carolina Botelho. This means Brazil’s government and military are closer than they have been since the military dictatorship of 1964-1985. In the event of an election victory, Bolsonaro wants Walter Braga Netto to be his vice president. The general served as defense minister in recent years and is one of the president’s closest confidants.

Currently, Bolsonaro is trying to involve the military in the electoral process much more than usual. For example, in April he proposed to count the votes of the army in parallel. “The current government is trying to use the soldiers for their own purposes,” explains political scientist Botelho. “Bolsonaro wants to see the military in a role it’s not really meant for,” she added. This primarily involves the counting of votes. The Constitution does not provide for such influence of civil servants and men. The military’s role in the elections is limited to providing logistical support and preventing potential conflicts.

The military’s reactions to these statements were mixed. Although the military refused to count the votes a second time, they feel called to play a more active role in the election process. For political scientist Carolina Botelho…

How dangerous is Khosta-2, the Russian bat coronavirus?

When and how to fertilize for the last time + homemade fertilizer recipes!

Children and teenagers: how you can help overcome fears

This artist studio shows how space can inspire creativity

The Verdict on Euthanasia: How Euthanasia Regulates Itself – Politics

Recipe: Delicious sponge cake with ingredients you probably have at home

Smallpox Infection in Monkeys: At High Risk – A Guide

Herr Quiek, I (4/5): Rumbling Like an Earthquake – Bedtime Treats – Bedtime Stories for Kids 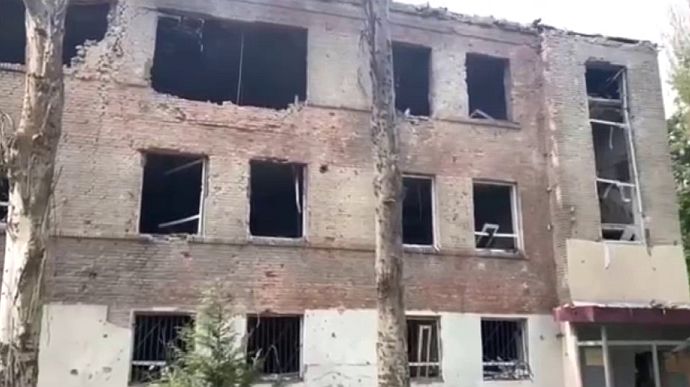 In Zaporozhye, the Russians destroyed a boarding school with 5 rockets – the Ukrainian truth