The Walking Dead Season 11: The Secret Connection Between Lance Hornsby and CRM

Nuclear plants – storage of nuclear waste on the border of Germany: who is affected and how – knowledge

Baked pancakes are the perfect summer cake – we have the recipe

Airbus A300: first flight 50 years ago – how the original Airbus changed aviation

How healthy is Franconia compared to Bavaria and Germany? From health atlas health insurance company BARMER wants to provide an answer. The “BARMER Health System Research Institute” evaluated and compared the data of the insured throughout Germany.

The result is that while Bavaria is better off on average than the rest of Germany, Franconians are generally worse off than South Bavarians. Regional differences are particularly pronounced in the case of some diseases.

North-South and West-East: There are large differences in health in Bavaria

READ
A partial solar eclipse shows today: when and how to see the spectacle - Nuremberg, Nuremberg

Lung and heart diseases: They are especially common here

In addition to overall values, BARMER also studied and regionalized individual categories or even individual diseases. There are a few quirks here. This is how lung diseases are distributed in Bavaria to the disadvantage of the East Upper Franconia district: Wunsiedel is also sadly leading here, but Hof and Kronach are also above the German average. In general, the northern Bavarian counties have more cases than the national average. Almost all other districts with values ​​above the average are located in Franconia, besides the Upper Franconia districts, Ansbach and Fürth are also more affected than others.

Specifically, in 2020 In Germany, there are an average of 83 people per 1000 inhabitants lung diseases recorded - 124 cases per 1,000 inhabitants in Wunsiedel, about 50 percent more than the average. A direct connection with Corona cannot be assumed, even if the virus was particularly prevalent in Wunsiedel in 2020, because a look at the years 2019 and 2018 shows: it was also about lung health wrongly ordered in the Wunsiedel area.

A similar picture emerges in the case of heart diseases: in 2020, an average of 258 people per 1,000 inhabitants were sick. In the district of Wunsiedel there were 332. This number is well above the national average, which is already extremely high. This shows that northern Bavaria is generally worse off than southern Bavaria, with Rhön-Grabfeld at 13% and Bayreuth at 15%. below average in Franconia.

READ
F1 - Vettel wants to do it like Raab: 'Just dive in'

Depression, obesity: who often suffers from it?

When looking at individual, selected diseases, the differences become even more drastic. That's how values ​​go obesity, ie, morbid obesity, varies greatly. While the district of Starnberg is 55 percent below the German average, in Haßberge in Lower Franconia, with 40 cases per 1,000 inhabitants, more than 60 percent of people are obese than the national average. In general, the incidence of obesity is higher in Franconia than in Bavaria as a whole. The north-south slope is very pronounced here. For clarification: in the Haßberge area...

who is here The picture hangs “everywhere” in Frankfurt

There will never be a summer like this (nd-aktuell.de)

The same starting eleven as in the semi-final: Brand replaces Bühl

From dress size 6XL to M/L, how Andreas lost an incredible 88 kilograms

Traffic: what’s next after the 9 euro ticket?

Who will be the winner? Who has already made it to the finals? 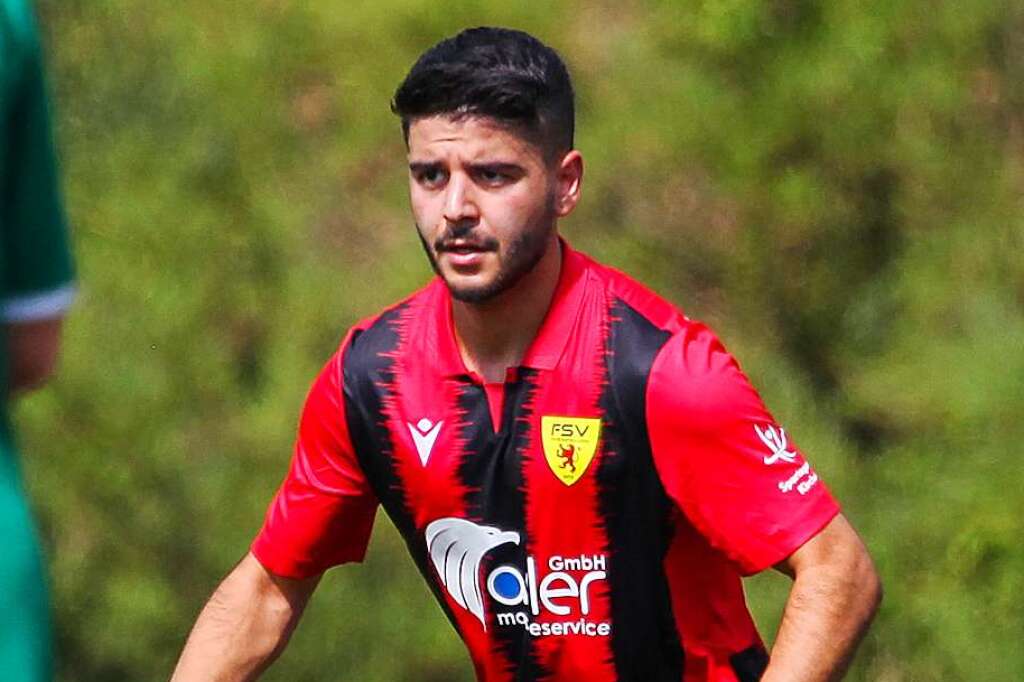