How will Radeon prices change after the RX 7900 XT(X) launch?

US Open – Nadal, Alcaraz, Ruud chase Medvedev: Who will be the new No. 1 – Tennis Video

How does data storage work?

Paleo diet: How to lose weight with the Stone Age diet


In the summer of 2021, Javi Martinez (34) left Munich, the capital of Bavaria, for Doha. Since 2012, Spain’s world and European champions have been wearing the jersey FC Bayern Munich. in 2013 he won the treble at Säbener Straße, and two years ago he was one of seven winners under current national team coach Hansi Flick.


… Spain’s opening match: “I was surprised they played so well against Costa Rica. I expected a win, but not 7-0. this football with this sovereignty. Everyone in Spain is already saying that we will be world champions because we played one good game (laughs). Spain have to stay calm, it’s a long tournament. But when a result like this comes, the euphoria is huge.”


… duel against Germany: “It’s difficult for Spain to repeat that. Costa Rica is the weak side of the tournament. But they will try to play with that idea again. It will be a battle. The key will be who can keep the ball better. Now the final for Germany. They absolutely have to win. It will be difficult for Spain , because Germany have a good team. Hansi is a good coach who knows exactly what didn’t work against Japan.”

READ
How will the exceptional bird flu year continue? -Panorama


Martinez not thinking about DFB-Aus: ‘I trust the boys’

… his favorites for the World Cup: “Before the first game I said Argentina. It can happen that you lose the first game. We did the same in the World Cup in South Africa – and we still became world champions. Sometimes it’s good. You have to react and then you can Frankly, Argentina and Germany. Because I trust guys. Germany is like Real Madrid in the Champions League. They’re always there.”

… Parallels with Spain in 2010: “The mood was zero. We lost 1-0. We played a good game and kept our confidence. Germany has to do it too. There was a lot of criticism from the German people, including the media. But they have to go with confidence in their idea and Hansi as a coach. Experienced players have to help for the young players, it will be important for the upcoming matches.


… Joshua Kimmich position: “To me Joshua is one of the top six in the world. If Josh plays right back, I think Germany will lose one of their best midfielders. For me, Joshua is better in midfield. When Josh and Leon (Goretzka) play together, it’s better for the team. Then Bayern will work much, much better.”


… German attack: “Germany has not typical strikers. Kai Havertz is a great player but not like Mario Gomez or Miroslav Klose. Havertz is great, but can’t take the role. It’s about his mobility. However, the team needs a striker who can occupy the central defenders and handle long balls. Thomas Müller is better when he doesn’t play as a striker and doesn’t define his position. He knows where the most dangerous situation is. He creates spaces for other players. He has to play behind the striker, sometimes he comes from the left, sometimes he comes from the right. He is an intelligent player who knows where to harm the opponent.”

READ
Expensive gas in Saxony-Anhalt - how to get basic services? - You are Hall


Gavi or Musiala? “Both deserve the Kopa Trophy”

… to die public criticism of Ilkay Gündogan: “When an experienced player like Gündogan plays, everyone has to listen to him. You have to understand what he is saying. Germany have a lot of players who bring that role and experience. Ilkay is one of those players.”

… young people Gavi and Jamal Musiala: “Gavi has a lot of quality, but also this energy that he brings, this attitude. All of his teammates have benefited from his energy. You can see the way he runs and fights. For me, they both deserve the Kopa Trophy (for the best European young player, d. editor) that Gavi won. Jamal has been playing professional football for a while now, but Gavi has been very good for the past few months.

[Anzeige] All World Cup matches live and exclusively on MagentaTV. With

Explosions in Donetsk on October 19. – the occupiers claim that the administration suffered

“Russia’s gifts” to the armed forces. Trophy weapons and armor that have been recovered and reclaimed 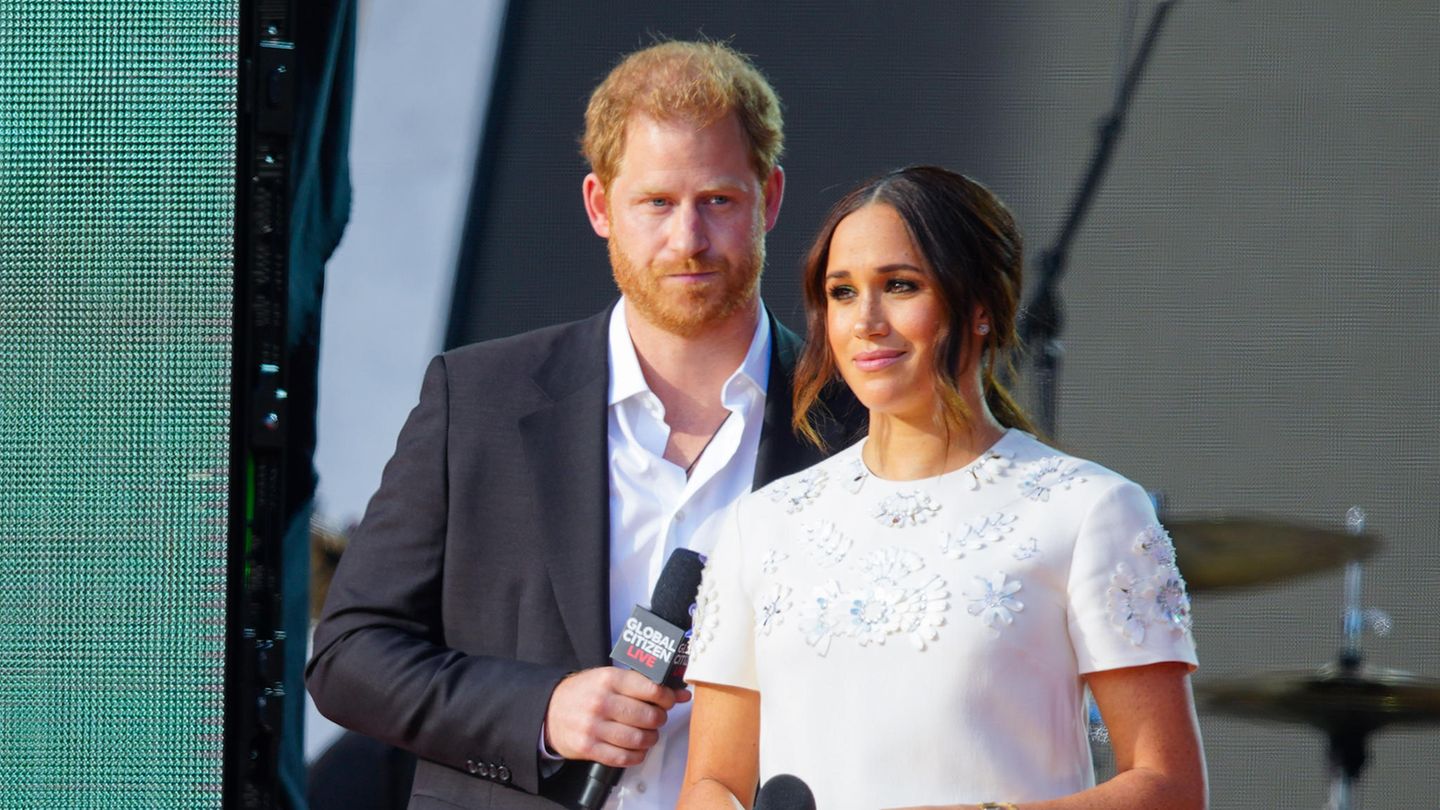 Duchess Meghan and Prince Harry are donating $5,000 on behalf of Archie and Lili