Dermatologist or cell phone app: how to recognize skin cancer in a timely manner

The Russians hit Odessa, there was a fire – the Ukrainian truth

Germs and Feces: How Disgusting Are Public Toilets?

From September 10 to 18, the Diocese of Limburg will host a special preaching week with the motto “Women Preach the Word”. Full-time working and volunteer women are invited to speak during the celebration of the Eucharist. These days, 32 sermons will be preached by women throughout the diocese. Susanne Winnekens-Udovic, Diocesan Officer of the German Catholic Women’s Community in the Diocese of Limburg, is helping to organize the campaign. She explains why in the women’s pulpit needs and what loss it means to the church if they are not allowed to preach.

Question: Mrs. Winnekens-Udovic, during the week of sermons next week, women will preach 32 sermons in the Diocese of Limburg. What is the purpose of this action?

Winnekens-Udovic: Our purpose is to point out that there are also many different charisms related to the preaching of the Word among women – or among the unordained in general. The Church stipulates that only an ordained priest can preach at the Eucharistic celebration, she gives up many of these charismas. It is the loss of believers. In many churches it is already common for women to preach, but it is not talked about. However, these charismas should be available to as many people as possible.

Question: Do you see differences between women and men priests?

Winnekens-Udovic: This week we’ll see if aspects are added that priests don’t see that way. Just because women don’t preach more often doesn’t mean they do it differently. It is difficult for me to distinguish between women and men, but I think it would be good if the sermon could see and discuss as many aspects as possible from different areas of people’s lives. Perhaps this is an advantage for listeners as well.

READ
When? Where? Who is involved? | All information about the Champions League draw - FOOTBALL CHAMPIONS LEAGUE

Winnekens-Udovic: The idea originally came from the diocese of Osnabrück, but last year it was taken over by the Women’s and Girls’ Department of the Diocese of Limburg. For women, the issue of preaching is intensified because the priesthood itself is not available to them. This is a reinforcement of what is denied to believers, because women cannot preach and become priests. Of course, it could also be the opening of a week of sermons for unholy men, but the action can also be seen from the perspective of history, considering who the initiators were last year.

“For women, the issue of preaching becomes more acute, because the priesthood itself is not available to them. This is the culmination of what the faithful are denied because women cannot preach and cannot become priests.

Question: The fact that women preach in church services is not new, despite the prohibition of church law. Again and again, for example, pastoral or community leaders preach, even if it is often called “catechesis”. What is special about Women’s Preaching Week?

Winnekens-Udovic: The special thing is that it is now officially announced and known. In fact, women often preach. Our campaign is making it public. Conservative and reactionary circles constantly emphasize that canon law does not allow non-saints to preach during the celebration of the Eucharist. Women’s Sermon Week puts an exclamation point: Yes, it’s a good thing! We want everyone to know about it, not just those who do it. Regarding the synodal path and development in the church, it should also be mentioned that the sermon is a good opportunity to make as much charisma available to people as possible.

READ
All about the double concert in Stuttgart: a big fire seems to be Rammstein - Stuttgart

Question: The synodal path is associated with many hopes for reform. What is the significance of women’s preaching for reforms in the church?

Winnekens-Udovic: Women’s preaching is a really important step. Women are becoming even more visible, with many opportunities they are even more noticed, as well as by the parishioners themselves. The answer is often that a woman’s sermon is perceived as enrichment. I think it can also lead people to turn to the church. Of course, it’s always a struggle. I was talking to a Catholic from Frankfurt last week who said, “Isn’t it . . .”

He should be the new head of state: Who is Henry XIII. Prince Reus? – Knowledge

Who is the reality star boyfriend?

Three executives indicted: This is the Wirecard process

A Superhero for Middle-earth: How Amazon Made a Tolkien Movie

How many players participated?

Recipe for a snack: Aubergine rolls with walnut pesto – SWR4

9 euro ticket, grants| Aid package: who gets how much?

Criticism of the traffic light Ferda Ataman – how much hatred is there for an official fighting hatred? – Internal policy 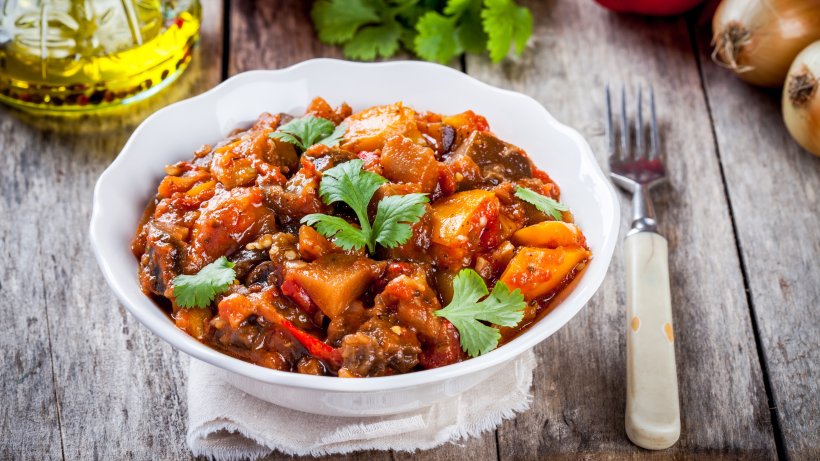 Pumpkin and potato goulash: a gourmet dish for the figure-conscious – bildderfrau.de