Ukraine will stop fighting Russia when it returns its territories, Danilov said

Lightning bolt recipe for pasta with feta and cherry tomatoes

How about a really good crime thriller?

Söding: Pope interviews on a synodal road are not forbidden

A powerful explosion with casualties has been reported in Melitopol, according to UNN

Mark Warnecke, a doctor and former swimmer, could become a health expert. This time it’s about the right diet for eSports players. What about energy drinks? Why is glucose useless? What are the three deadly sins?


How does an eSportsman differ from a “real” athlete Mr. Warnecke?

Chess is recognized as a sport by the International Olympic Committee and DOSB. I think eSports is even more athletic because the coordination components are on top of brain work. As hard as it is for me as a classic Olympic athlete, I have to admit that eSports has all the components of a classic high-performance sport. You can’t discount it by saying, “They’re just sitting in front of a screen.” No, they bring everything with them. A player who practices more will improve their cognition and reflexes. There are more talented players and less talented players, so you need to train to get better. These are all aspects of high performance sports.


A common stereotype: “Players are unathletic and eat unhealthy.” However, a recent study found that eSports players eat even better than others. Does that surprise you?

I directly contradict this with another study. A study was conducted in which the dietary behavior of Olympic athletes was compared to that of the general population, and the diet was identical. So nothing surprises me in that regard.

Simple sugars, which give the brain energy for a short time, are very negative, but they do not last long and later have the opposite effect.


But one cliché is true. Energy drinks are popular. Does that make sense?

READ
Cat Elsa is very unhappy: who will give the velvet paw a new home?

Information about the person and other topics

no An energy drink would make sense if it was intended to enhance cognitive abilities such as speed or coordination. However, regular drinks contain amounts of taurine, but also contain tons of caffeine, which is also contraindicated at some point. If you overdose on caffeine, you’ll be cold and shaky. What is needed is a drink that increases the ability to concentrate, but not the classic energy drinks, which are unfortunately consumed frequently and are nutritionally counterproductive. Simple sugars, which give the brain energy for a short time, are very negative, but they do not last long and later have the opposite effect.


So what’s the best way to keep your body and, most importantly, your mind alert?

It depends on what we are talking about here. If someone is playing regular eSports because they want to, they should be drinking mineral water, not soda with simple sugar. Drinks like Cola, Fanta, Sprite are also responsible for many of our lifestyle diseases and are therefore not recommended. E-athletes don’t need a classic apple sprayer when they’re sweating. Light, balanced meals are recommended here.


So what advice do you have for a professional eSportsman?

It needs complex carbohydrates, that is, carbohydrates that are not only short-acting, such as dextrose (grape sugar, ed. note). Medium chain carbohydrates last longer and release sugar more slowly. Our brains run on glucose, which is the primary nutrient for esports players. In your free time, of course, it shouldn’t be too much, because then you get stuck on your stomach. But when I play, the brain uses glucose, so it needs to be cared for and fed accordingly. The brain doesn’t always have to be tense. Therefore, the question of the right drink for a professional e-athlete is more complicated.

READ
Tank discount: In response to the explosion in fuel prices, international oil companies are exposing themselves


Can I reach glucose if I’m down during the race?

If I have 30 seconds left, it will do something. I would definitely not recommend glucose as a longer booster. If I experienced a drop in game performance, I should take it as a lesson and prepare better next time. Sports gels with more complex carbohydrates can help.


How to keep your brain working? A lot of energy is burned here. Can I positively affect processes in the brain?

The easiest way is to first pay attention to…

Next How to use Flurfunk for your career

Who benefits from the DAX: Most dividends go abroad

What is the probability of a blackout in Germany?

With these foods you protect joints, blood vessels and organs

With Götze, without Hinteregger: How Europa League heroes Eintracht Frankfurt plot their next move 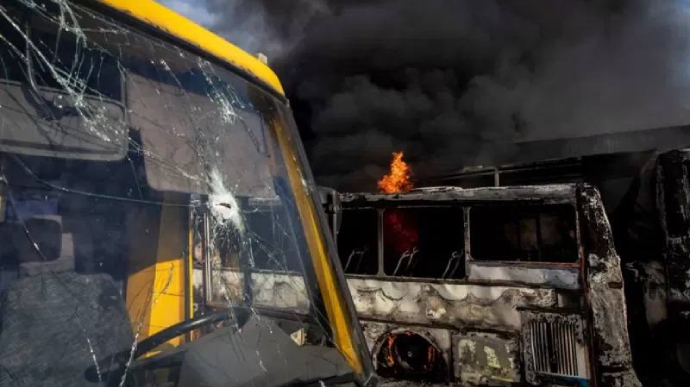 Regions: Shooting in Kharkov and Mykolaiv, battles in the Luhansk region – the truth of Ukraine