Oh how delicious! Wow, how bitter!: Taste can be inherited

Karl Lauterbach as comedian on One Mic Stand: “How cool and charming”

How dangerous is caustic soda for humans?

POL-CUX: Who is the injured party? / The person who caused the accident had an appointment

When King George VI. died in February 1952, US President Harry S. Truman expressed his “deepest sympathy” to the British, as befits such a case. However, Truman did not attend the funeral shortly thereafter; instead, Secretary of State Dean Acheson arrived. The question of which country sends whom to such an event also has a political significance. After all, the British monarch is the head of state, he has a function, regardless of the non-political behavior established by the constitution. It may sometimes seem different these days, but events such as the appointment or death of a British regent are more than a real royalist costume drama.

The monarch is therefore the only person in the kingdom entitled to a state funeral, although there are exceptions, such as Winston Churchill’s funeral in 1965. Funeral of George VI. and Churchill were the only two in the kingdom to hold the highest diplomatic rank after the Second World War. However, the then US president also did not attend the second – Churchill admirer Lyndon B. Johnson actually wanted to attend, but had to cancel due to ill health. It is said that the palace was somewhat surprised when Joe Biden Washington reporters asked if he would accept London’s invitation to Queen Elizabeth II’s funeral next Monday. “Yes,” Biden replied. He doesn’t know all the details, but he will definitely come.

Helicopters are not welcome

Even without a US president, planning a funeral is extremely time-consuming and complicated, and the question of which state guests want to attend and who is allowed to attend can become a political issue. For example, the question has been asked in diplomatic circles whether the president of Israel Isaac Herzog will come to London, after all, it was recently pointed out in Israel again that the Queen has never visited the country during her 70 years of reign. Several Israeli media outlets reported over the weekend that Herzog would travel to England. However, official confirmation is still awaited.

READ
North Rhine-Westphalia: US Federal Reserve raises interest rates: what does that mean for my finances?

In any event, only one representative from each country is invited: after consultation with the British government, the House has notified only the president and wife (or, in rare cases, the husband) concerned. The “format” is “1+1”, as it is called in diplomatic parlance, which means: no delegations, no security officials, and also no other ministers, just a guest with an escort. There were mixed reactions from those invited to the fact that guests were apparently clearly told not to use the helicopter or their state vehicles. Instead, high-ranking guests will be taken to Westminster Abbey by bus, which should be an interesting project from the point of view of security officials from various countries. So far, the House has declined to comment on whether Biden will be exempted.

Biden met Elizabeth II at the G-7 summit in Cornwall last year, after which the Bidens were invited to have tea with the Queen in Windsor. He didn’t mean to offend her, Biden later said, but “she reminds me of my mother because of her looks and because of her generosity.” She was “full of grace, no wonder,” it was a great conversation. Biden said, “We had a great talk,” as Americans say when they’ve just had tea with the Queen.

Also Donald Trump met the Queen, and in doing so made some Trump-esque embarrassments that the British registered, unlike Trump. It is not clear whether the former US president will be among the guests, the chamber did not want to comment on it in its current daily press releases. However, due to the diplomatic format, Trump would need his own invitation.

Previous The leadership of the Russian Federation has "stopped" sending new units - the General Staff - to Ukraine.

Shopping: How unpackaged stores in the region are defying the nationwide crisis

Bitcoin: This is the price of the cryptocurrency today

How Germany needs to prepare for heavy rain 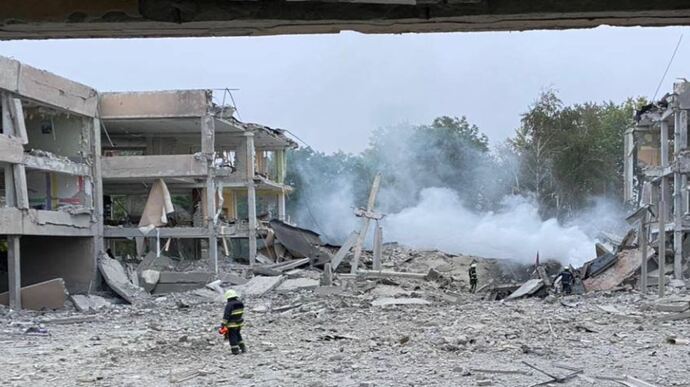